“Even Criminals can be gentlemen” 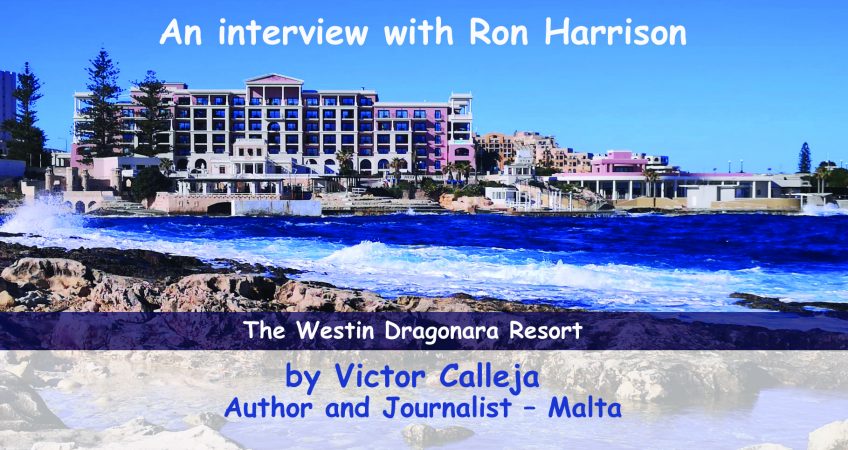 Hearing this statement makes you stop and listen, especially if it is uttered by someone who spent a long part of his life at Scotland Yard and participated in missions to places where dictators ruled and would shoot anyone who dared break the night curfew.

Ron Harrison has now retired from the police force but he is one of the heads of Surelock, a leading company in security, surveillance and brand protection. Based in England, Surelock is made up of a number of specialists, many of whom, like Ron, are former members of Scotland Yard or the British Police force.

And the words Scotland Yard still have a resonance that smacks of loyalty, good practice and results.

Ron works hard and is a self-confessed workaholic. But he also knows how to take a good, well-deserved break a few times a year—and almost inevitably he chooses Malta.

“Malta is not a holiday place—when I come here I come to my family,” enthuses Ron. He tells me that “the friends and the bond I have created in Malta are unbelievable. The people of this island are really blessed with genuine friendship. They are welcoming and the climate here and the food help make Malta a true gem”.

To him Malta is old-fashioned in its most commendable of meanings, with its traditions of the loyalty of old, being family-conscious and spiritual. “Coming to Malta means I feel at home—and the Westin Dragonara is a true home to me. The food and the views are glorious and the service impeccable. It’s been the right place at the right time with the right people for me and for all my loved ones.”

Ron spends all his special occasions, birthdays, Christmas New Year and Easter, besides other periods in the year for some relaxation, at the Westin. And when his dear mother was still alive that is where she was treated by Ron – the Westin, the place which to Ron has a “true, beating and caring heart. It’s not all about the bedrooms and the facilities. It’s about the human touch which I find amazing at the Westin Dragonara – the GM, the waiters, the pool attendants, all have a positive attitude that makes you feel you are a VIP all the time.” That, according to the much-travelled Ron, is hardly an easy thing to achieve.

“I’ve been coming regularly to the Westin for over 10 years and I have seen a great development in the way the staff has changed and their attitude became even better,” Ron says.

Ron has been involved in many cases involving crime detection, fraud and surveillance. All this experience has given him a deep appreciation of detail – no detail, however small, however seemingly insignificant, is lost on Ron…

Now in his mid-sixties and more alert than some 20-year-olds, Ron still gets excited by anything that ends in a big swoop. Nowadays, he is mostly involved in supervising others doing the work, but he still revels in the hands-on feeling of being there when the big day, the breakthrough happens.

Surelock does not do police work or Scotland Yard stuff, but it offers a list of services that is astonishing, from brand protection against counterfeiters to private investigation, property surveillance and manning of property. However, Ron’s forte remains nosing out anything connected to fraud – internal or external.

Ron loves Malta and its food – rabbit, lampuki (Dorado fish) braġjoli (beef olives) and thinks Malta nowadays has superb restaurants, even if he is somewhat biased and always prefers the Quadro at the Westin for a true celebration.

After 30 years in the police force, and meeting hardened and sometimes charming criminals, including Pinochet of Chile, Ron considered retiring and doing nothing but sail and live quietly in Malta. But a year after retiring he joined Surelock and now works round the clock to sporadically come over and enjoy Malta and its other huge gem, the Westin Dragonara.

Surelock’s Weekly Blog – Why use a Private Investigator?

“Even Criminals can be gentlemen”